Get more inspiration delivered to your inbox!
Sign Up

Let’s face it — not every student is going to be a bookworm, and that’s OK. But when it comes to motivating readers, that means meeting your students halfway. If you have students in your class who are reluctant readers or — shudder — tell you that they “hate reading,” finding books that will excite them may be a bit of a challenge but it can be done.

Finding that character, or even better, an entire series of books that motivates kids to read in is an absolute “Hallelujah!” moment as a teacher! So we did exactly that!

What Books do Reluctant Readers Want to Read?

Whether you are searching for books for boys, books for girls, or just the best books for kids, here is a collection that is sure to encourage a love of reading in some of those kids who need a little motivation to become readers. Bonus: Every single one of these books can be purchased from an indie bookstore in the US, so you can support small bookstores while you’re motivating kids to become lifelong readers. Win, win! Like many of the books on this list, Babymouse is a graphic novel, giving kids pictures along with their words so they can dip their whiskers (ahem, did we mention this is about a mouse?) into the world of reading. The books by Jennifer Holm follow the eponymous character on her classroom adventures where everything doesn’t exactly go as planned, but with a little pluck she makes it through anyway.

Get it from Women and Children First

“WeirDo” collection by Anh Do Aussie author Ahn Do brings kids the story of Weir Do — the new kid at school with an unforgettable last name. Weir Do’s name plays homage to his family’s heritage — a biracial kid, his mom is white and Weir is her maiden name while his dad is Vietnamese and Do is his last name. The books offer representation for students with Asian backgrounds, but while they touch on race that is not the central theme of these fun and funny books for kids. Instead there’s a lot to laugh at as Weir Do leans into his uniqueness, and of course butt jokes …

“My parents could have given me any first name at all, like John, Kevin, Shmevin… ANYTHING. Instead, I’m stuck with the worst name since Mrs. Face called her son Bum…”

Get it from: Nowhere Bookshop 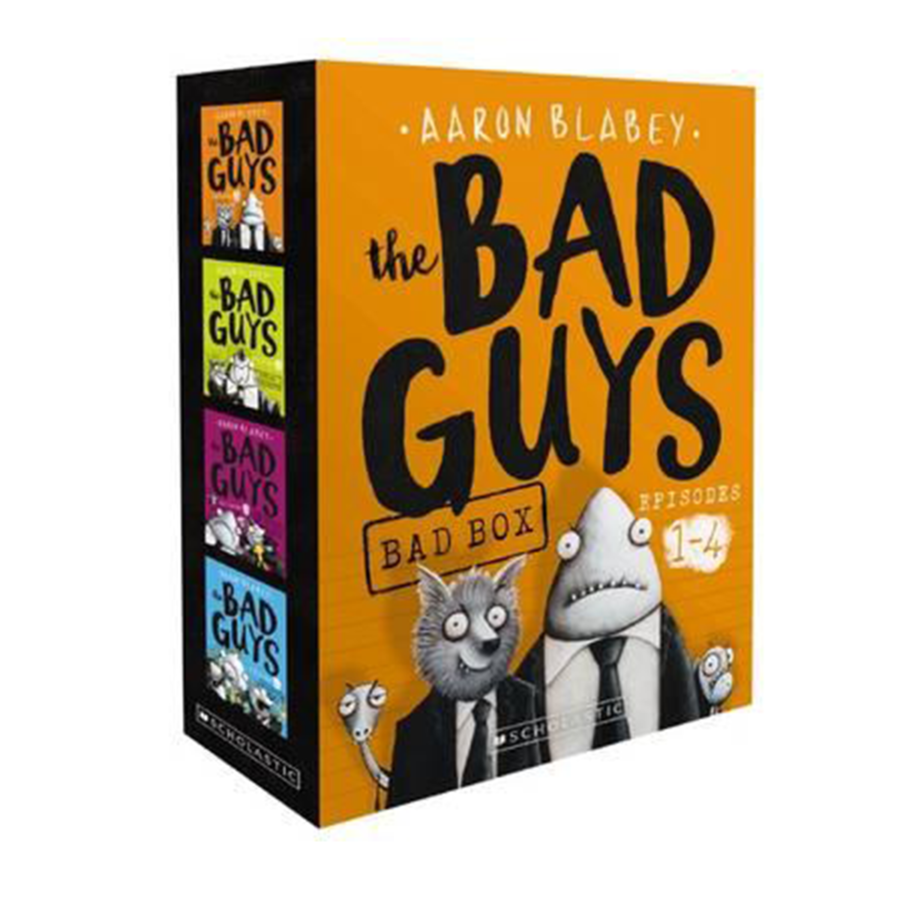 Headed for the big screen soon, the Bad Guys books series offers up the story of four carnivores working hard to change their image.

But these guys want to be HEROES. And they’re going to prove it by doing good deeds… whether YOU want them to or not. Buckle up for the funniest, naughtiest and coolest book you’ll ever read – it’s time to meet the BAD GUYS.”- Aaron Blabey

With some of the most rave reviews around, The Bad Guys series by Aaron Blabey won the Children’s Book of the Year at the 2016 INDIE Awards and counts Captain Underpants and Dog Man creator Dav Pilkey among its biggest fans.

Get it from: Books Are Magic 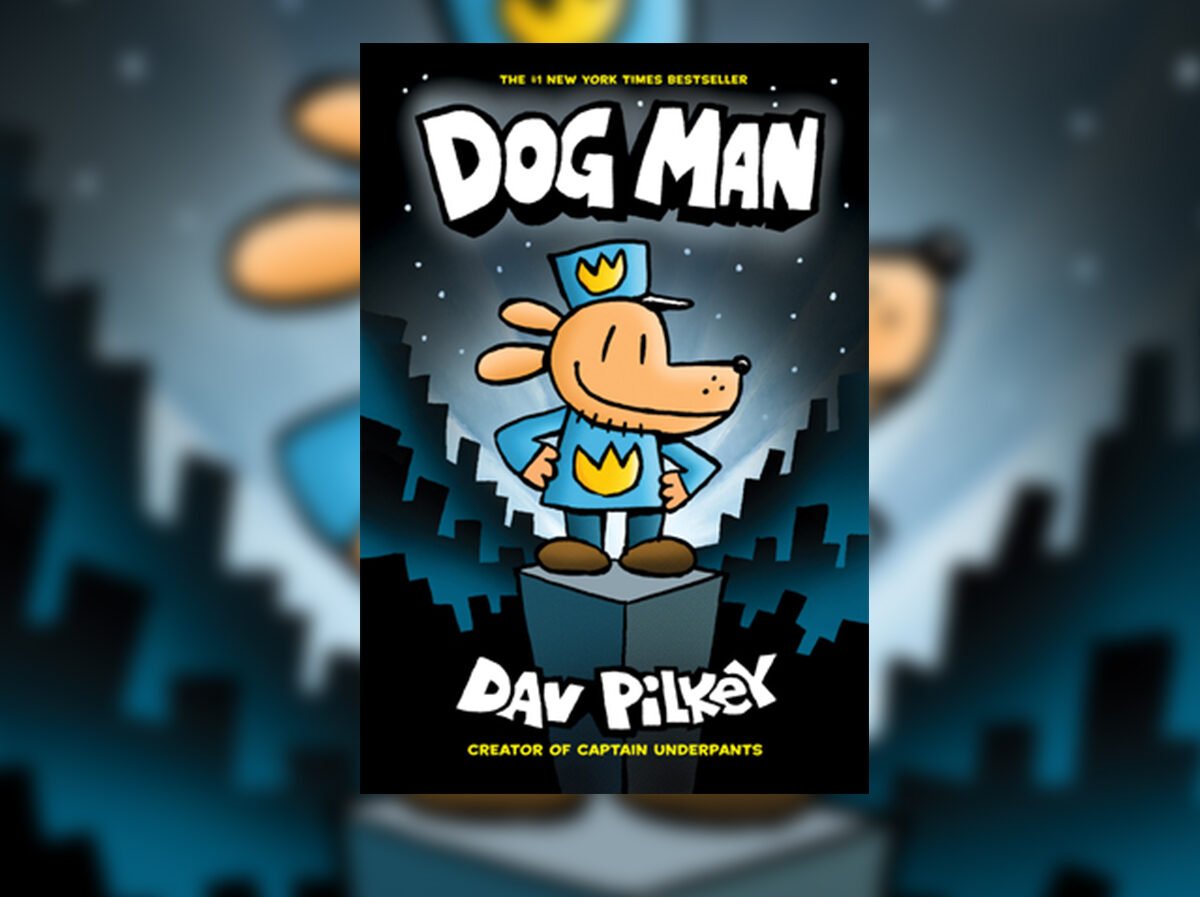 Speaking of Dav Pilkey, his canine cop is part man, part dog, and all parts fun. With themes of empathy, kindness, persistence, and the importance of being true to one’s self, Dog Man comes from an author who understands what it’s like to struggle in school. Pilkey was diagnosed with both ADHD and dyslexia as a kid and was often kicked out of classes for being disruptive. It was then that he developed his love of drawing and eventually storytelling, and now he combines the two loves to create graphic novels that hook readers just like he was!

Get it from: Parnassus Books

The City of Ember Series by Jeanne DuPrau

Is there a way to save the people of Ember? No one knows. But Lina Mayfleet has found a puzzling document, and Doon Harrow has made discoveries down in the Pipeworks. With these clues, they start their search.” – Jeanne DuPrau

This series contains thought-provoking themes that are highly relevant to our world today. With a driving sci-fi mystery narrative, The City of Ember is another book that is great for kids who are sometimes reluctant to read.

Get it from: Literati

The Land of Stories by Chris Colfer 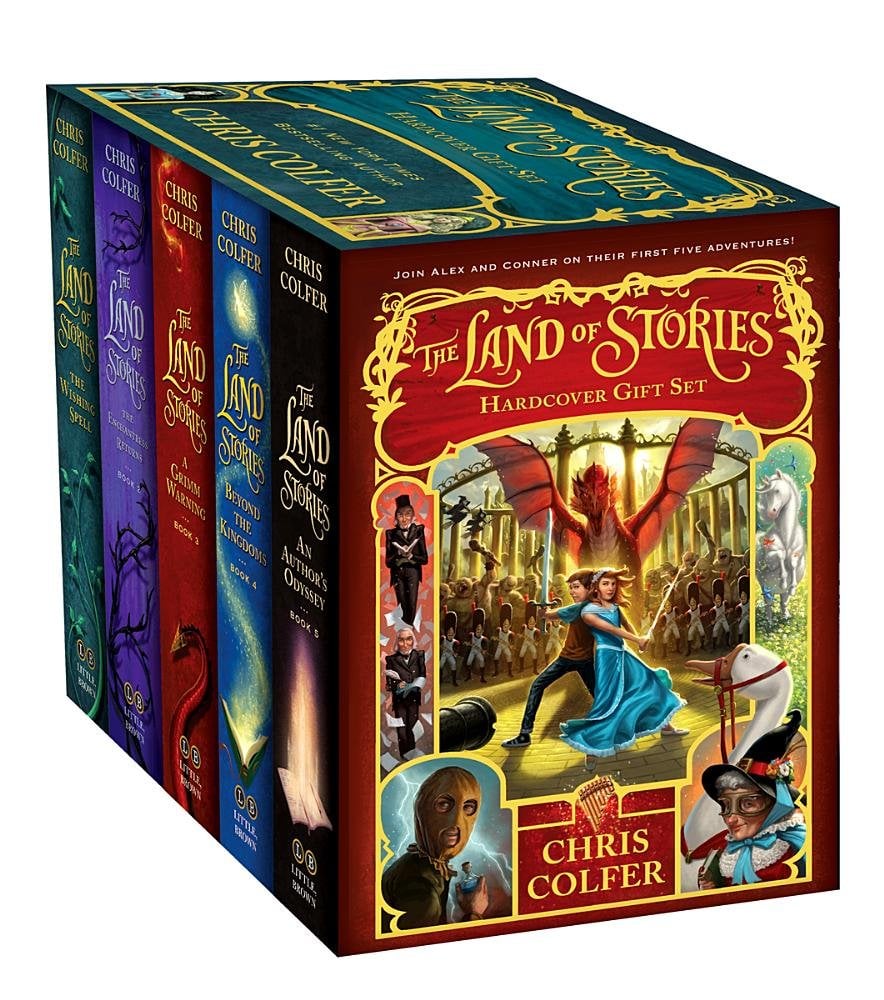 “When the twins’ grandmother gives them a treasured fairy-tale book, they have no idea they’re about to enter a land beyond all imagining: the Land of Stories, where fairy tales are real.

But as Alex and Conner soon discover, the stories they know so well haven’t ended in this magical land—Goldilocks is now a wanted fugitive, Red Riding Hood has her own kingdom and Queen Cinderella is about to become a mother!” – Chris Colfer

In this popular series, the real world and fairy tale worlds collide. Twins Alex and Connor find themselves lost in the Land of Stories, where the magical characters they know aren’t quite as they expect! Got a Glee fan in the house? Tell them this book series was written by the one and only Chris Colfer, aka Kurt Hummel.

Get it from: Explore Booksellers

The Treehouse Series by Andy Griffiths and Terry Denton

Not to be confused with the Magic Tree House series (although we love that one too), this is a series that takes kids on a Swiss Family Robinson-style treehouse adventure. We’ll let the authors explain this one too!

“Andy and Terry’s 13-story treehouse is the most amazing treehouse in the world! It’s got a bowling alley, a see-through swimming pool, a tank full of man-eating sharks, a giant catapult, a secret underground laboratory and a marshmallow machine that follows you around and shoots marshmallows into your mouth whenever you’re hungry.” – Andy Griffiths and Terry Denton

Get it from: Taylor Books 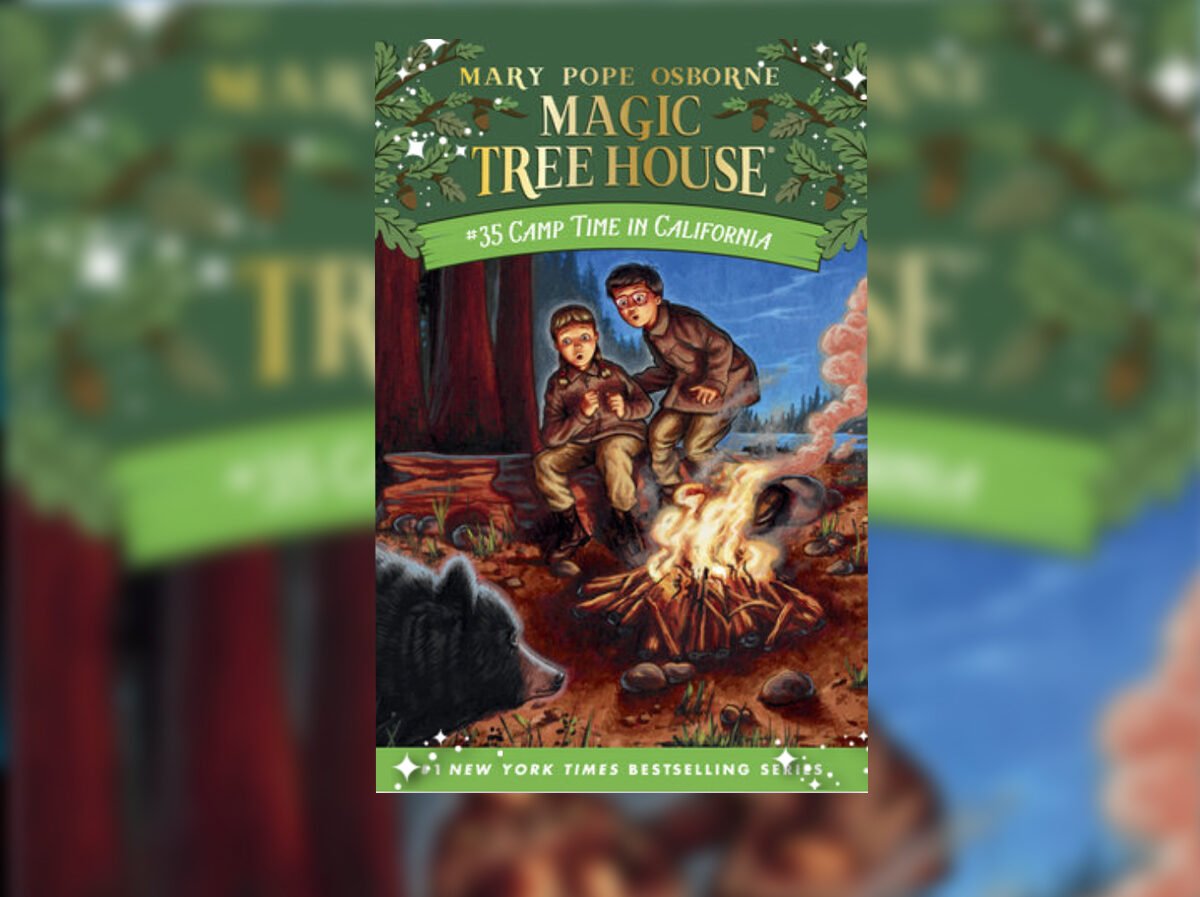 Hey, we mentioned we love them, so let’s talk about the Magic Tree House books! Used by many a teacher in the classroom, this book series follows Jack and Annie on adventures through time. There are Chronicles of Narnia vibes with the magic treehouse that transports the brother and sister, but instead of a magical land, the kids land in important historical settings, offering kids a fun twist on history.

Get it from: Powell’s 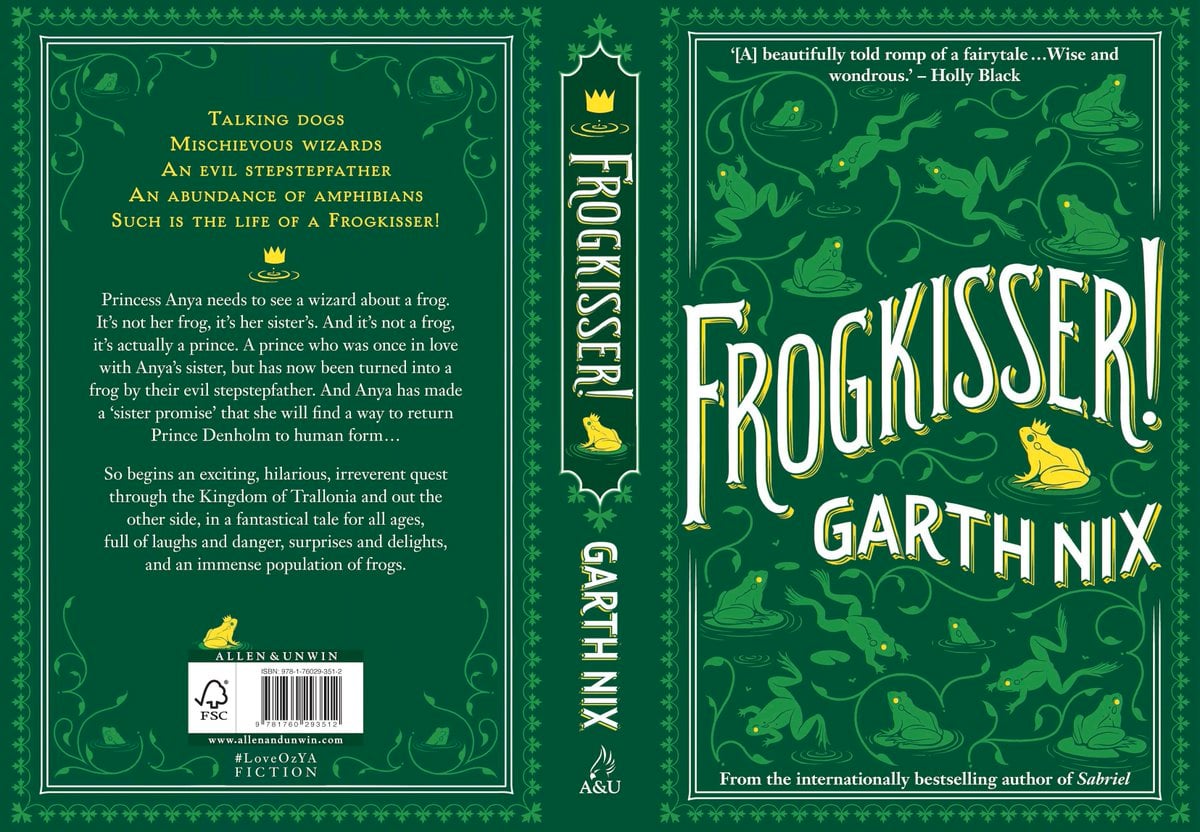 “Poor Princess Anya. Forced to live with her evil stepmother’s new husband, her evil step-stepfather. Plagued with an unfortunate ability to break curses with a magic-assisted kiss. And forced to go on the run when her step-stepfather decides to make the kingdom entirely his own.” – Garth Nix

This is a fresh and exciting story that promises to be “50% fairy tale, 50% fantasy and 100% pure enjoyment from start to finish!”

Get it from: Bookends & Beginnings

Diary of a Wimpy Kid Series by Jeff Kinney 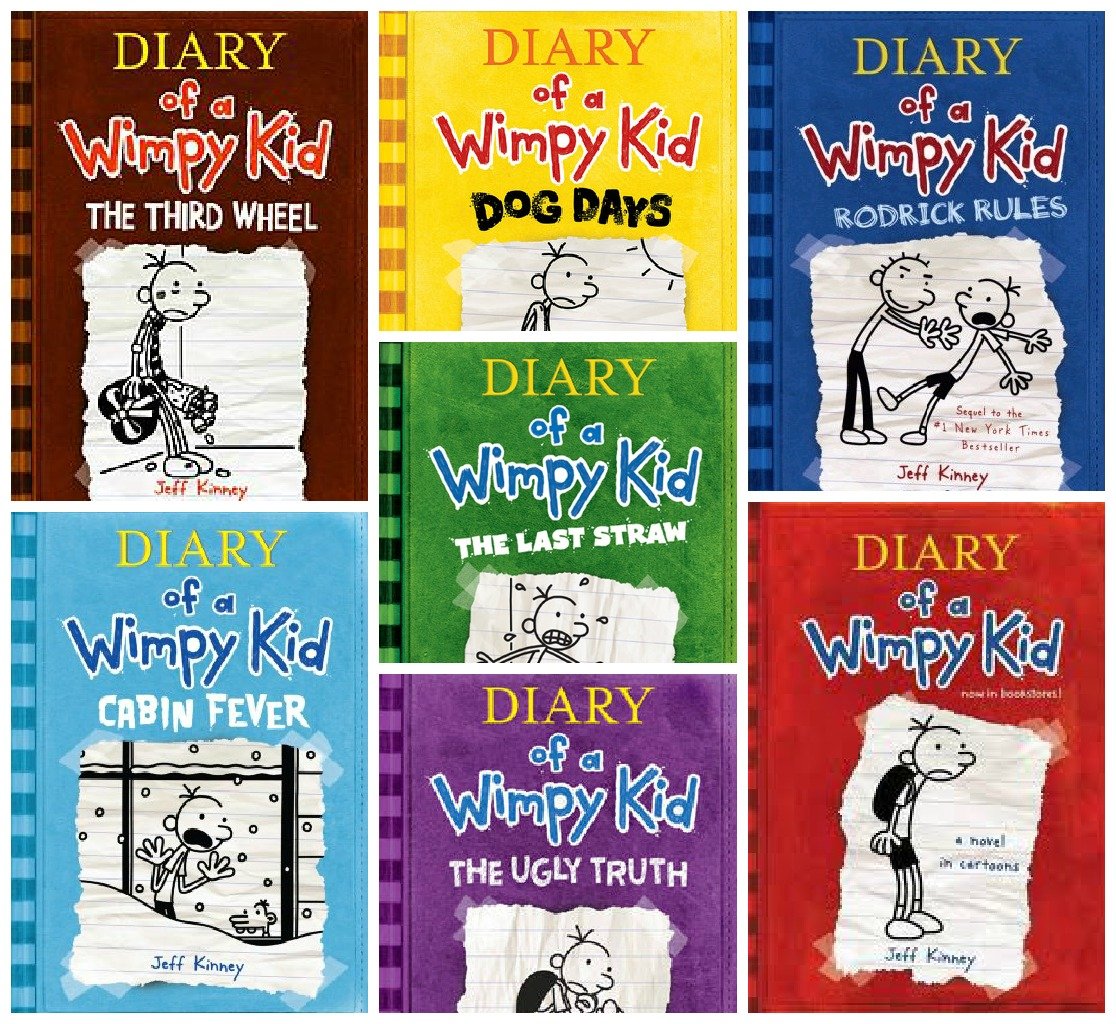 Jeff Kinney’s books are legendary for their ability to engage kids who say they “hate” reading, sucking them into Greg’s journey and making every kid abhor the cheese touch.

Get it from: Greenlight Bookstore 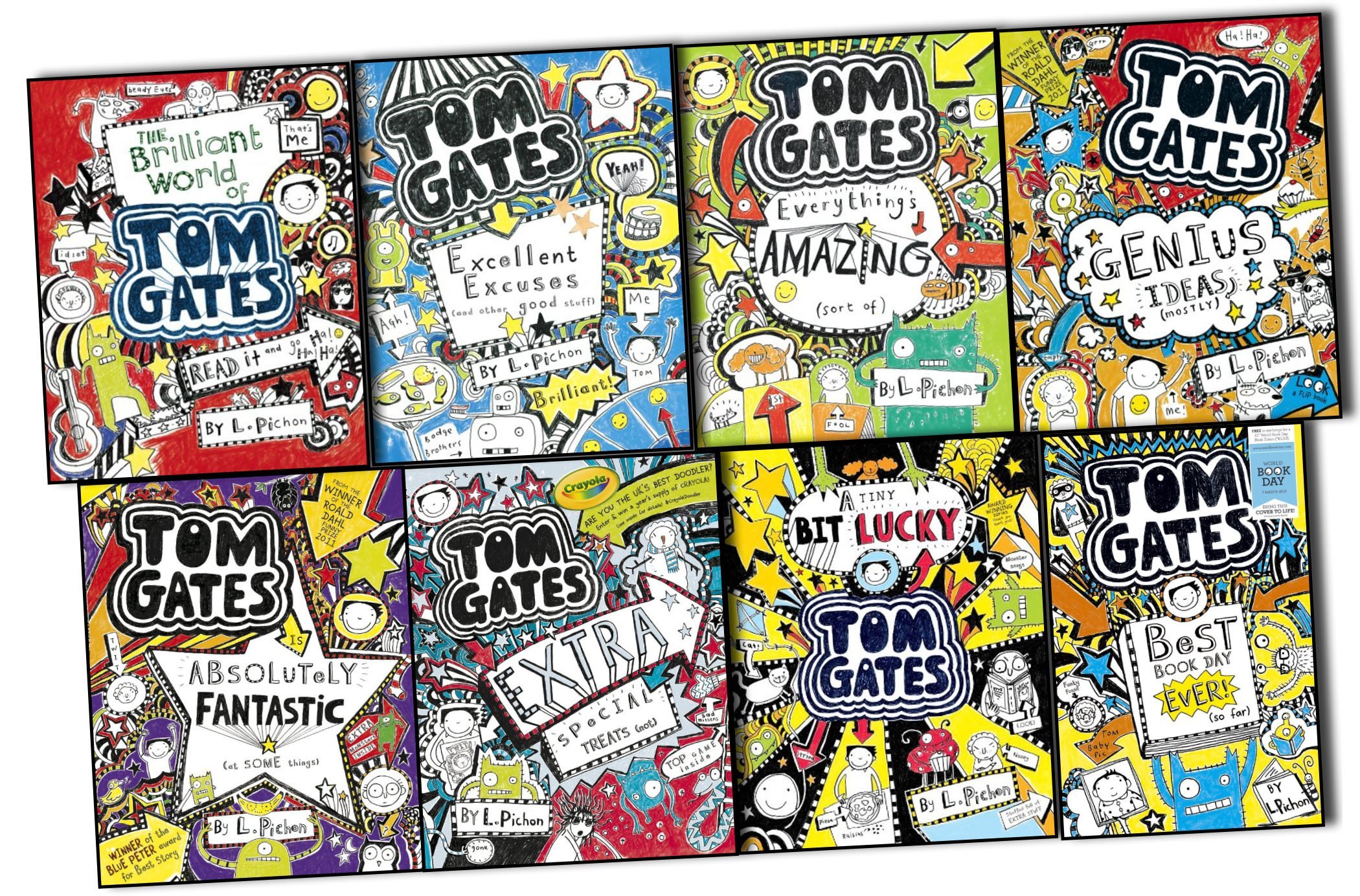 “I’m Tom Gates. When my teachers don’t have their BEADY EYES on me, I like to draw pictures and think of ways to annoy Delia. My teachers think I am easily distracted and “lack focus”. Which is a bit harsh, because right now I am VERY focused on which biscuit should I eat first… mmm?” – Liz Pichon

Get it from: Powell’s 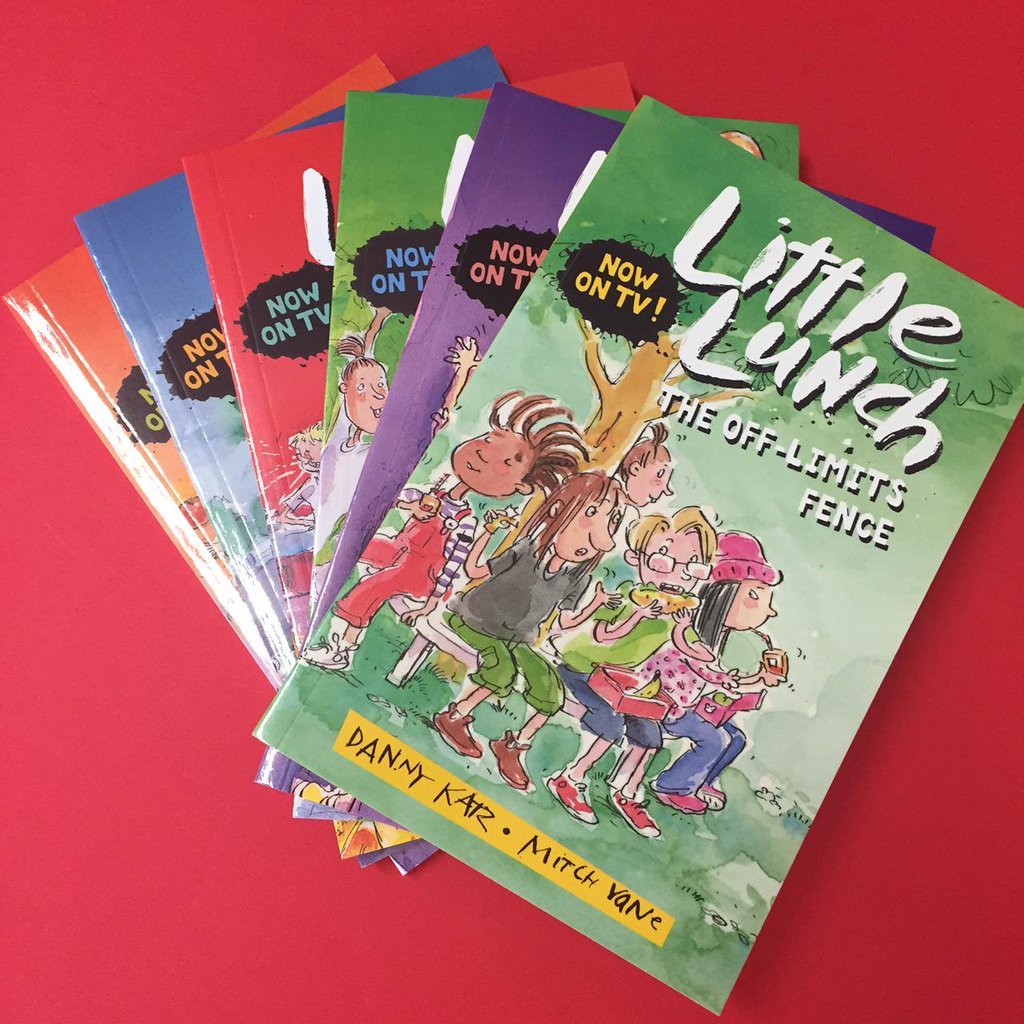 One for the younger readers, the Little Lunch Series by Danny Katz are fabulously illustrated stories about a group of kids and their adventures during the 15 minutes of “Little Lunch”.

Get it from: The Strand 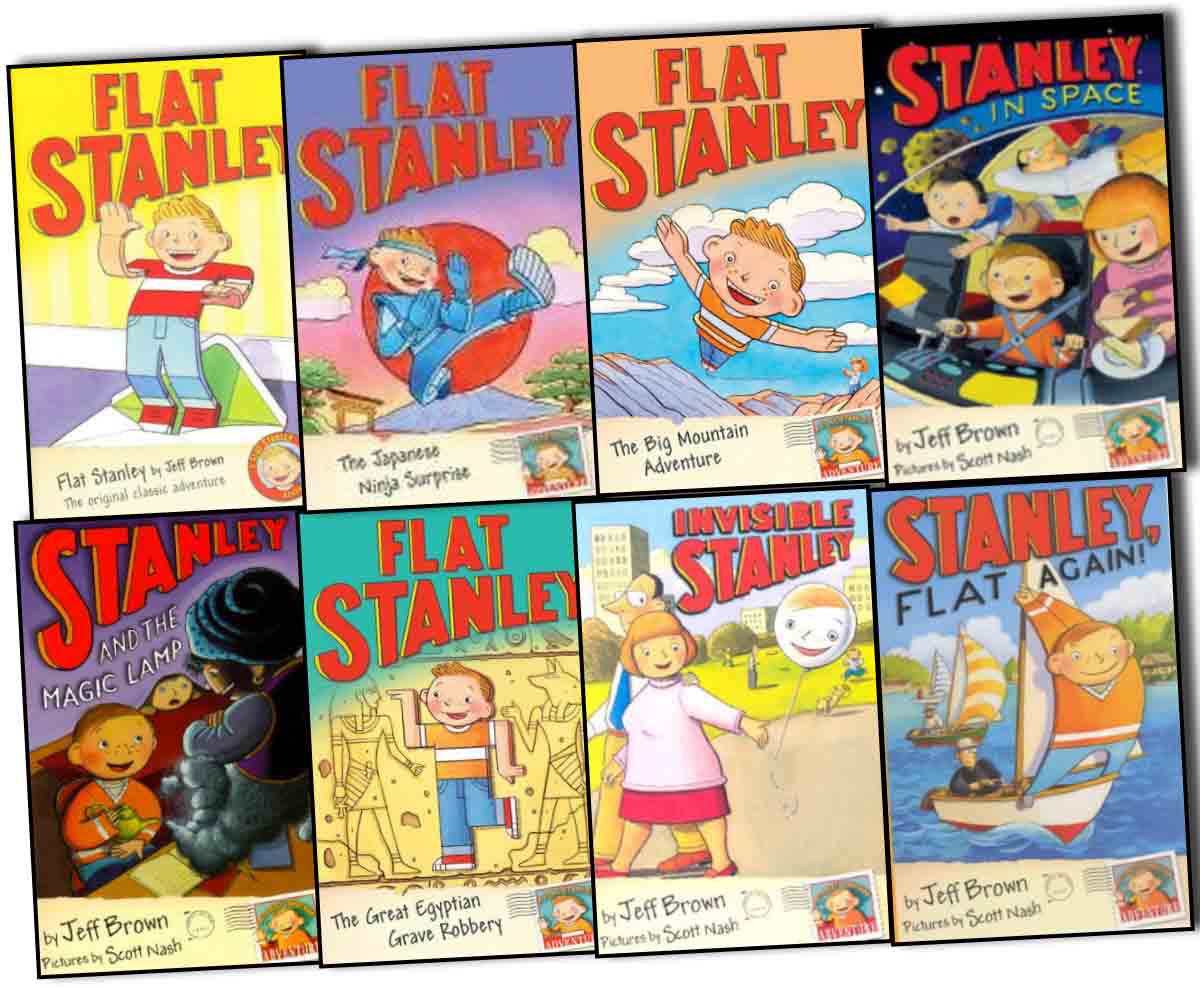 Not just a successful children’s book series, Flat Stanley has inspired the writing and exchange of letters between children all around the world! The Flat Stanley project connects classrooms across the globe, who send each other a ‘flat’ character. Students track and document their character’s journey, participating in exchanges via traditional mail, email or the Flat Stanley Project app.

Get it from: Left Bank Books 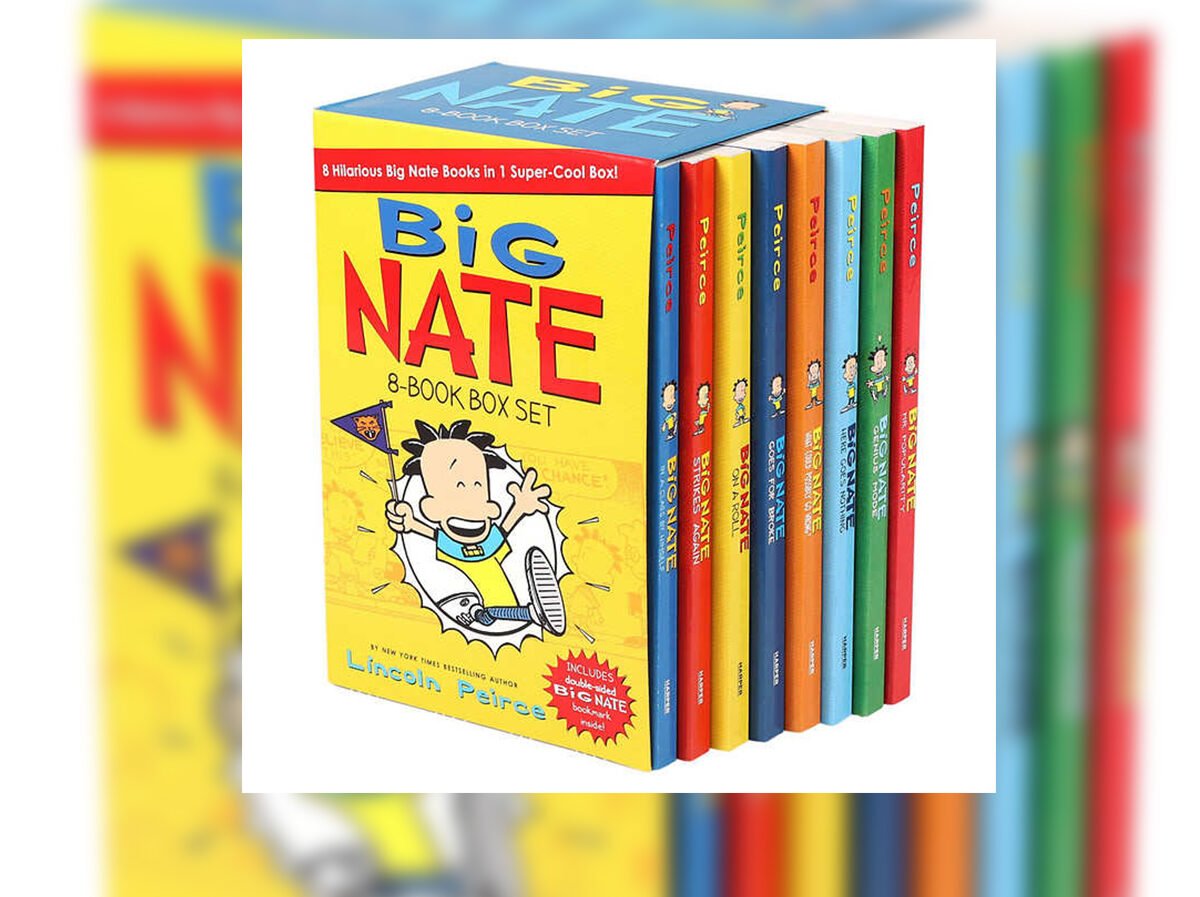 Get it from: Green Apple Books 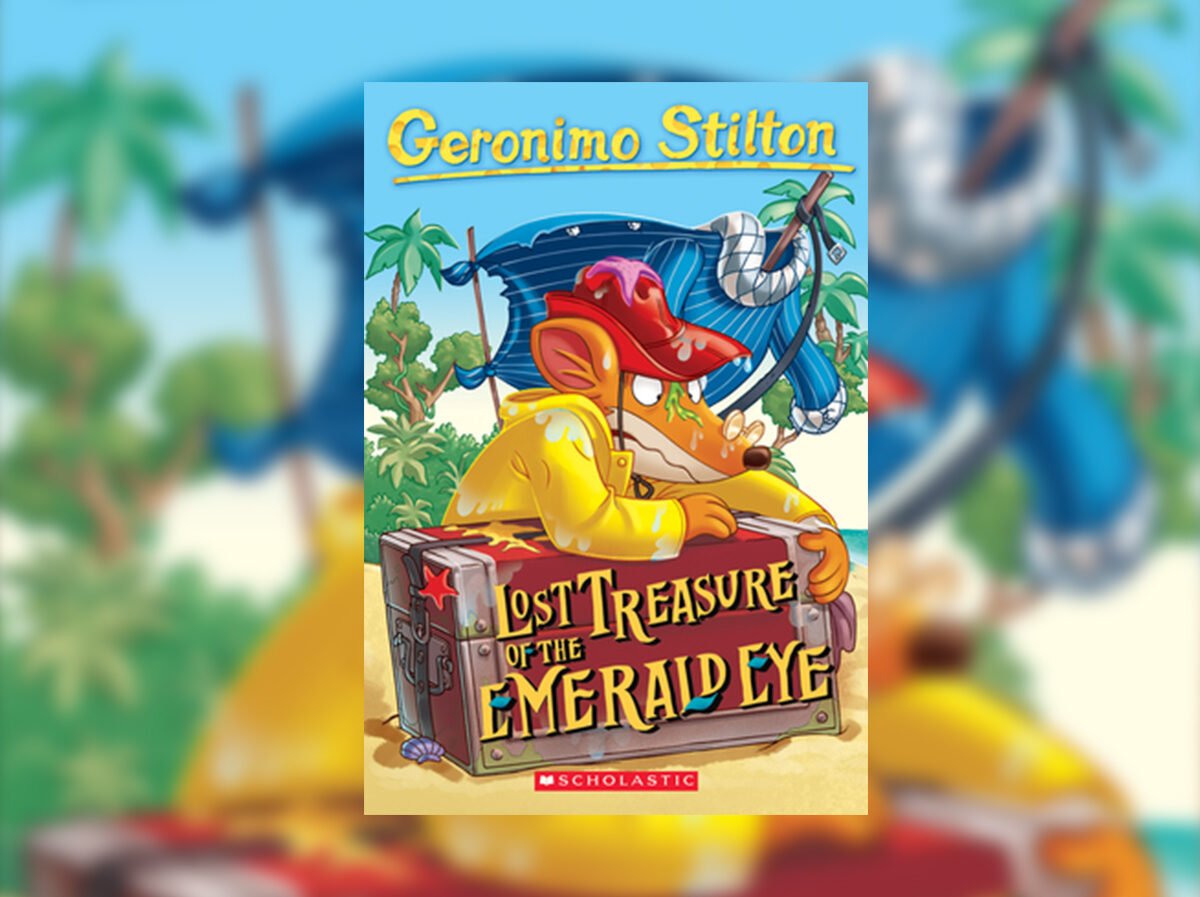 Get it from: Prairie Light Books

There they are! Some of the best kids’ books around to help them feel seen and motivate them to read.

While there are many more excellent books around to help encourage kids who don’t usually enjoy reading, hopefully, this list will have given you a good place to start!

We also have an ever-growing catalog of reading and comprehension resources for both teachers and parents to use in supporting learning. You can find a range of high-quality activities and worksheets to use in conjunction with texts your kids love!

Which books do you recommend for reluctant readers? Tell us in the comments below!

Get more inspiration delivered to your inbox!

Receive the Teach Starter newsletter full of tips, news and resources with your free membership.